Now through February 4, 2022, all donations to NNCCF’s Know The Gold Campaign will be matched dollar-for-dollar by the William N. Pennington Foundation, up to $500,000.

On September 7th, 2021, Reno City Council and Mayor Schieve presented a City Proclamation declaring the Month of September Childhood Cancer Awareness Month. The gold ribbon is the symbol of childhood cancer as it is precious and resilient – like our children. 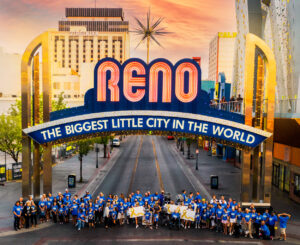 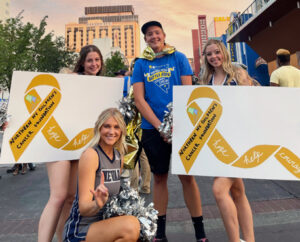 Last year you met Felina – the adorable kiddo sporting a gold cape on the front of our newsletter – during our Know the Gold Campaign. At that time she was bravely completing her three year treatment regimen after being diagnosed with Leukemia at age four. In July of 2021 Felina rang the no more chemo bell, celebrating with the Wolf Pack Cheer Squad (dressed a princesses),family, and friends who had supported her throughout this long journey. Felina is now enjoying first grade and loves all things Disney and princess. 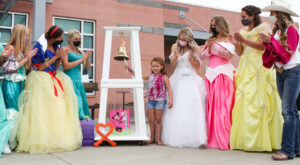 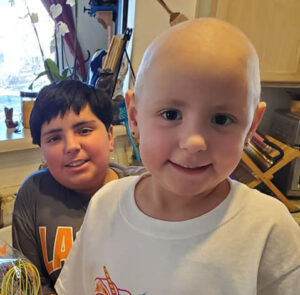 Our Community Went Above & Beyond in September for Childhood Cancer Awareness! 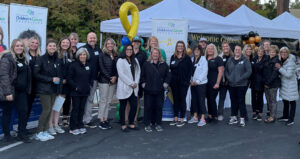 On September 20th, participants enjoyed a beautiful day of golf while supporting our brave local cancer warriors. NNCCF hosted 50 foursomes totaling 200 golfers at Montreux Golf and Country Club. Thank you to all of our partners and supporters for the help, hope and courage they provided to our NNCCF children and their families. 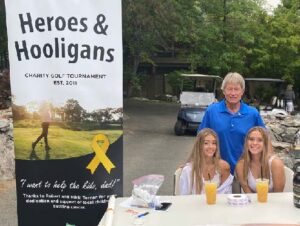 The heart and soul of our Know the Gold campaign is the grassroots nature of our support. This year our partners hit incredible records. Heroes and Hooligans, a golf tournament started by Nikki and her Dad, Robert, held its 10th annual tournament hosting over 75 golfers at Lakeridge Golf Course. Penny drives, employee campaigns, lemonade stands, and gold ribbon sales resulted in $50,000 in donations to the Know the Gold Campaign during the month of September. 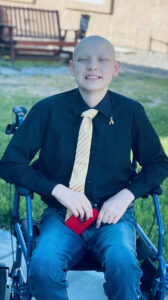 Thirteen-year-old Kamrin’s life was turned upside down last summer when he was diagnosed with Stage 4 Burkitt’s Lymphoma. His parents and three siblings immediately went into overdrive to support Kamrin through the treatment which resulted in numerous side effects including temporary paralysis and the need for a wheelchair. Kamrin’s twin brother made him smoothies to keep his body nourished while his sister organized students at Fernley High School to honor Kamrin at homecoming this year. The school went gold for Kamrin and the community turned out to see him named “Homecoming Hero”. The football team put gold ribbon stickers on their helmets and cheerleaders wore gold ribbons in their hair.

Dozers & Dirt Provides Fun for Many Including Help, Hope and Courage for Cancer Warriors 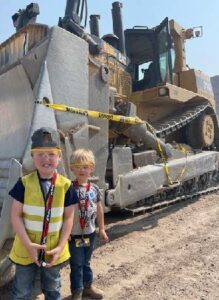 Dozers & Dirt brought children and young adults to a Reno aggregate pit to experience operating large construction and earth-moving equipment while fundraising to benefit our local community. Two years ago a committee of local construction industry leaders graciously chose the NNCCF as their new partner and beneficiary of the 22-year-old event, the Big Dig. On September 25, a clear and beautiful day, we held our inaugural event as Dozers & Dirt where 2,100 northern Nevadans joined in on the fun including many childhood cancer fighters and their families. Ninety-four local businesses and sponsors provided an opportunity for kids big and small to get their hands dirty and operate bulldozers, excavators, haul trucks, and more! The donation of equipment, labor, lunch and beverages, as well as transport and operation logistics showed true community support for NNCCF and an incredible amount of funds were raised. We thank our Dozers & Dirt sponsors and donors – YOU ROCK! 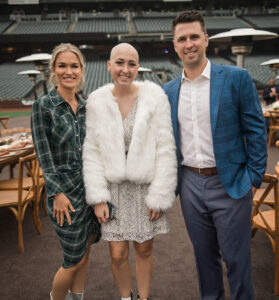 Throughout their time with the Giants, Kristen and Buster Posey have been dedicated to raising funds and awareness for pediatric cancer research and providing experiences for families who are living with this disease. Since BP28 was launched in 2016, the Poseys have raised 5 million dollars for research through their annual gala at Oracle Park. This year Katie, accompanied by her mom Lynn, was honored at the event as Katie bravely battles a relapse of Ewing Sarcoma after being cancer-free for one year. Katie didn’t let cancer get in the way of her high school career, graduating with honors. As she endures rounds of chemotherapy, radiation and surgeries, she is also pursuing a nursing degree and has created her own business, Katie’s Collective. Katies says ” I’ve learned that I am physically and emotionally stronger than I ever thought I could be. The fight isn’t over yet, but I’m not giving up anytime soon.” 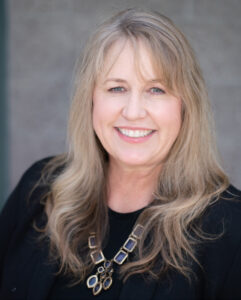 Stacy Rowan, Finance Coordinator: We celebrate our NNCCF teammate, Stacy Rowan, this season. Stacy joined NNCCF in January of 2020 and is a critical member of the donor and finance team. As Finance Coordinator, she works with our fundraising and programs and services departments in order to meticulously maintain records and steward donor relationships. Stacy was a longtime volunteer at NNCCF events including Tournament of Hope and St. Baldrick’s Shave for the Brave. Her son, Christopher, shaved his head in memory of his childhood friend, Molly, whose cancer journey gives special meaning to Stacy’s work here at NNCCF. Stacy lights up the office with her passion and team spirit.

The 14th Annual All in For Childhood Cancer Poker Tournament hosted 150 players at a new venue, Mackay Stadium. The night was a fun evening of poker while raising critical funds for our northern Nevada children and young adults battling cancer. Microsoft has supported this tournament as part of its Annual October Giving Campaign and funds donated by its employees during this month are matched by Microsoft. This partnership, along with the support of our longtime annual sponsor, Alston Construction, has made this event an incredible success.

Click here to view the PDF version of the Newsletter.