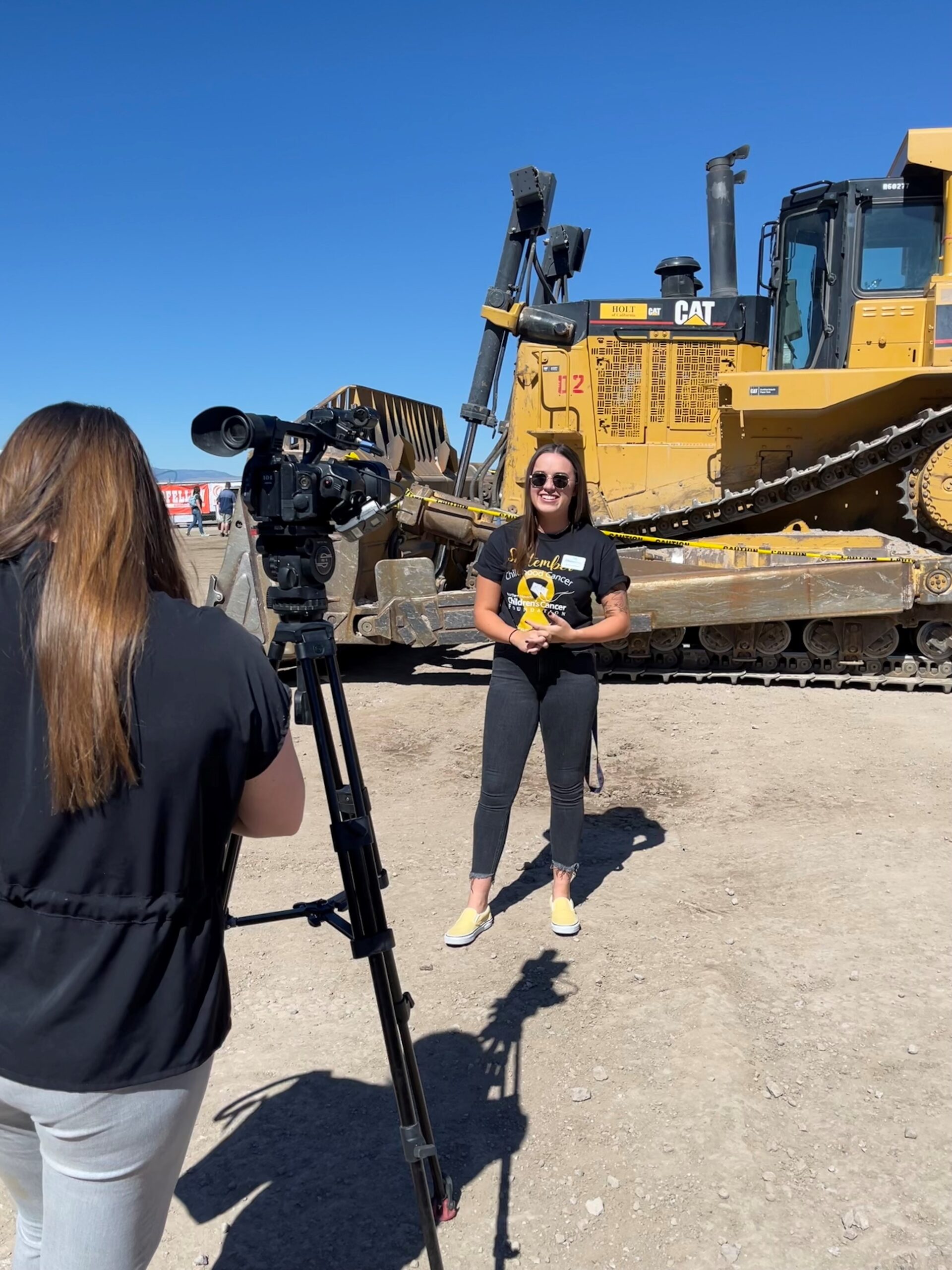 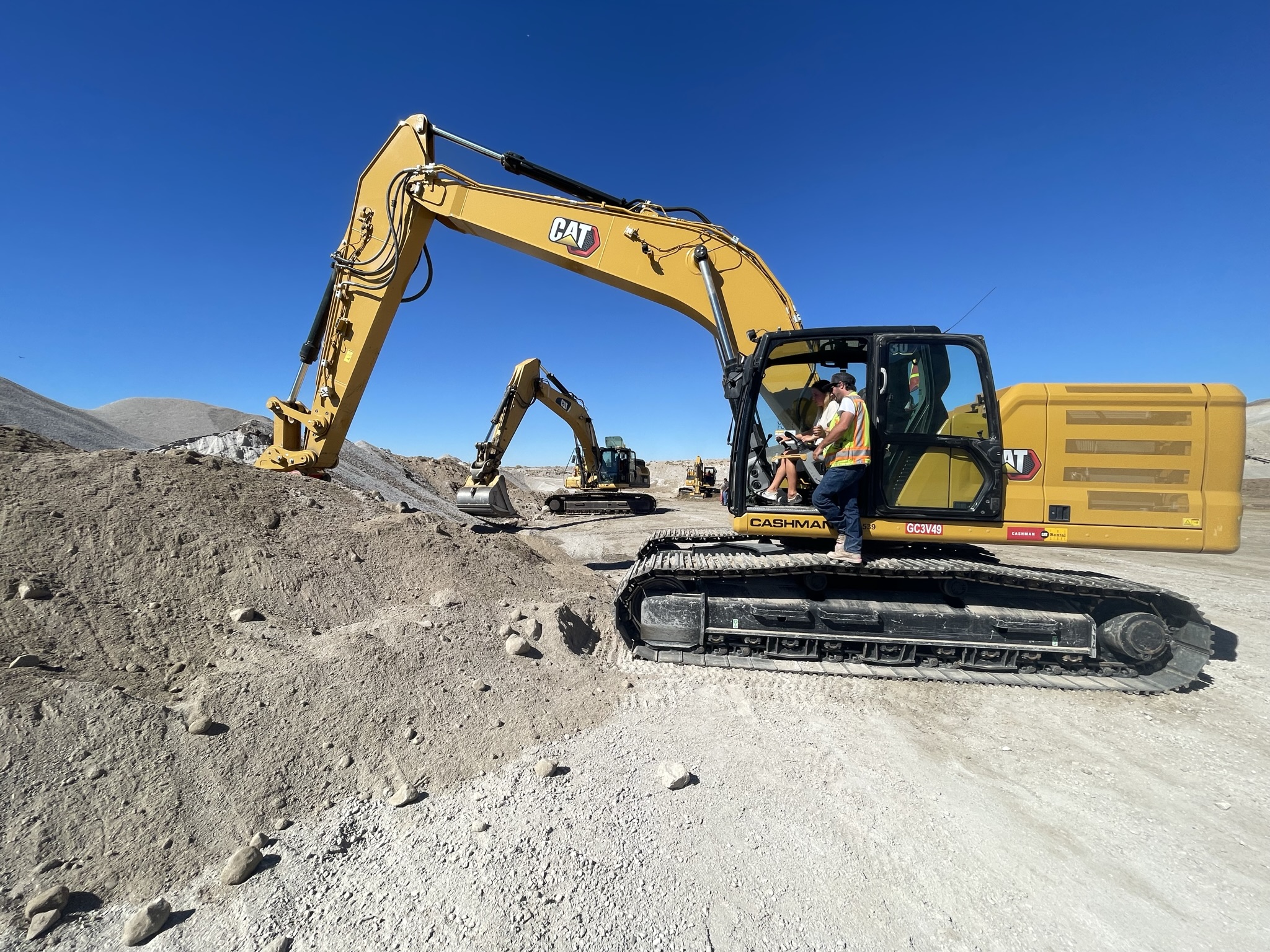 The northern Nevada construction and trade industries came together on September 24th to share their knowledge with the public, their friends and families, and our youngest cancer warriors. Dozers & Dirt is a unique event where children are invited into the cab of heavy construction equipment to learn how to operate excavators, loaders, scissor lifts, haul trucks, and bulldozers!

Several local childhood cancer fighters and survivors were in attendance at the event, including Emma. She was interviewed by one of our local media outlets during the event and shared her joy for seeing so many kids get to learn a fun new skill.

We want to thank our event sponsors, volunteers, vendors, first responders, and especially our equipment operators for their support of Dozers & Dirt!

The Reno Arch was lit GOLD for the month of September for the second year! 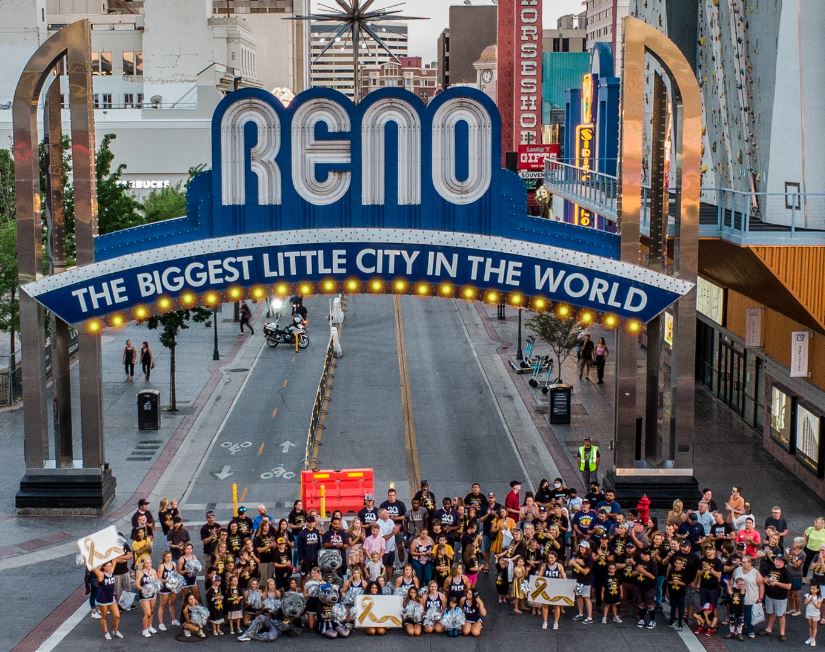 September was Childhood Cancer Awareness Month, and one of many events aimed at spreading awareness for the disease was the second annual lighting of the Reno Arch. Northern Nevada Children’s Cancer Foundation was proud to host families, supporters, members of our fire and law enforcement agencies, and our medical community and city council representatives. We were joined by Nevada Wolf Pack Football and Cheer, who helped our countdown to the lighting on the evening of September 1st. On September 10th, Pulling for our Little Heroes celebrated its 10th year. Weightlifting and Crossfit enthusiasts compete in rigorous workouts named after some amazing young heroes battling cancer. Teams of four battled it out in an incredible show of endurance and solidarity for the battle children with cancer fight every day.

One of these little heroes is Sawyer, whose family has been participating in the Pulling for our Little Heroes event for several years to help support northern Nevada’s youngest cancer warriors. Still, this year the event was more personal. In 2021 he was diagnosed with a brain tumor, underwent several surgeries, and is now being seen regularly for follow-up care. This year we were presented a check for over $65,000, and the event has raised nearly $400,000 in ten years! Thank you to all the event organizers and athletes for ten years of support to NNCCF and for continuing to pull for our little heroes. 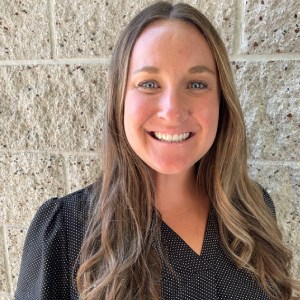 Jessica was born and raised in Reno, NV, where she graduated from Wooster High School and the University of Nevada, Reno. As the Events Manager, she will specialize in NNCCFs signature, community partner, and family events, as well as help represent NNCCF within the community to steward donor relationships. When she’s not working, she enjoys watching the Green Bay Packers, skiing at Mt. Rose, traveling, and spending time with her dogs, friends, and family.