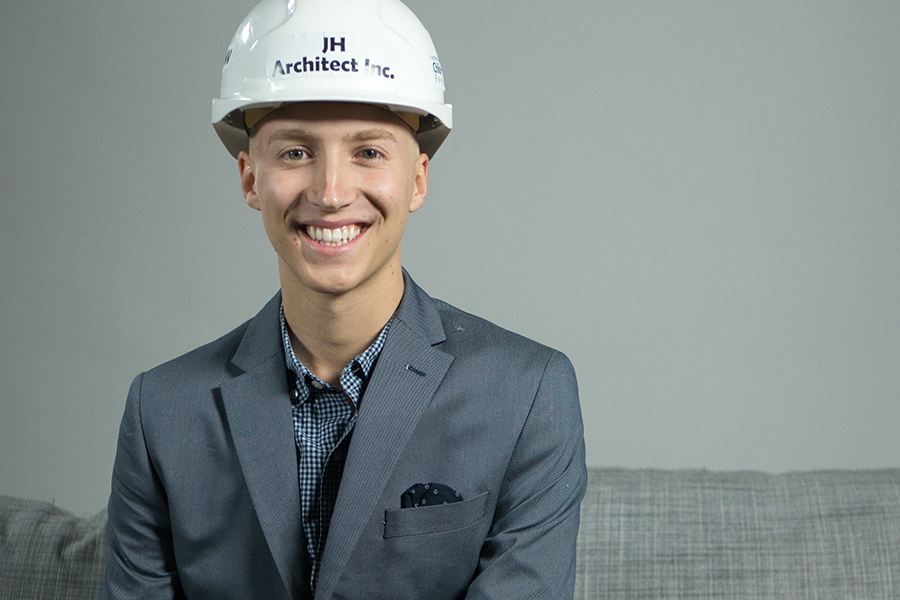 When Johnny grows up he wants to be an architect and he’s on his way to become one. Johnny is a 19-year-old student at Cal Poly and is studying in their architecture program. When he was younger, his aspirations bounced around from one thing to another: he wanted to be an actor, comedian, pilot and eventually an architect. His ultimate goal is to leave a legacy. However, during winter break of his sophomore year of college, his dreams were put on hold.

Johnny experienced symptoms but gaffed them off as stress from being a college student. Eventually his symptoms could no longer be dismissed and he went in for an MRI. On the drive home he received a call from his doctor instructing him to return to her office immediately.

“After what felt like a century-long car drive, my typically goofy, light-hearted doctor greeted me with the worst news of my life. I truly do not remember much of what happened after she told me that it was cancer,” Johnny said, “At some point during the appointment, it dawned on me — I am going to have to grow up and grow up fast.”

Johnny was diagnosed with Stage IV non-Hodgkin lymphoma. His 18+ week treatment protocol consisted of six different five-day stays in the hospital receiving chemotherapy infusions. “As our daily lives turned into a repetitious cycle of doctor’s appointments, chemo infusions and emergency room visits, my family was there at every step of the way to make this journey a little easier for me,” Johnny said. Johnny’s mother, Susan, believes this experience tops the list as one of the hardest things to go through, “Watching your kid have to suffer and struggle through cancer is agonizing, but Johnny amazed us every day with his strength, courage, positivity, smile, sense of humor and resilience.”

Johnny admitted that his biggest need during chemo was, “getting food from anywhere other than the hospital. Besides the chemo itself, the food served at the hospital is the next least desirable thing I would encounter during my stays,” he said. “Fortunately, my community worked together to help my parents — and my appetite — and cooked delicious meals for us.”

“Having a support system of the incredible medical staff of Cancer Care Specialists and Saint Mary’s Hospital, great friends, loving family, and our new, wonderful extended family at NNCCF, was truly life saving for ALL of us,” said Susan.

Johnny and his parents did not hear about NNCCF in the same way that most patients do. In January, Johnny’s father, Jon, heard a couple of commercials advertising NNCCF’s annual radiothon at Scheels, and a close friend also mentioned the foundation. “I figured the fates were trying to tell me something,” John said, “so I decided to head over to Scheels and find out more about the NNCCF.” John met the NNCCF staff at the radiothon and had an overwhelming feeling of positivity and support. Johnny’s family filled out the Family Assistance Application that night and met with NNCCF within the week. “I immediately felt relieved knowing NNCCF was joining my support team,” Johnny said. “Since then, they have become family to us having made such a huge, positive impact on my life.”

In May, Johnny completed his last full day of chemotherapy and since then his scans show no active cancer in his system. Recently Johnny, his parents, grandparents, and twin brother Rick, all celebrated his success as he rang the “No More Chemo” bell at NNCCF.

Through his treatment Johnny gathered advice to share with other patients and supporters still on their journey:

“To all cancer warriors reading this, my biggest advice to you would be: when you find yourself sitting there, whether it be next to your IV pole (mine was named Pole Rudd — I would also suggest a name like Angelina Polie) or at home wondering if you are ever going to recover before your next round, take a moment to imagine what you are going to do when you are in remission. I constantly imagined myself back with my friends in San Luis Obispo, and I am happy to say that’s exactly where I am right now.”

“To all the supporters: think of you and your child like a big team. You have to be the coach and train your little warrior to be tough, yet also be their cheerleader when morale is low. Overall, being positive is the most essential part to simplifying your cancer journey.”

Johnny is very driven and never let his diagnosis hold him down. He is ready to become an architect and to leave a lasting mark. When he graduates, he aspires to work for a firm that allows him to build homes all around the world. Johnny said, “This would both quench my need to travel and learn more about the world we live in, and the desire to leave a lasting legacy through creating meaningful spaces for posterity.”