Washoe County Sheriff’s Office deputies have been allowed to grow facial hair outside the normal grooming standard since November if they supported designated charities each month. Female deputies have been allowed relaxed hair standards in exchange for their monthly donation and civilians may either take advantage of the relaxed grooming standards, or wear jeans or hats.

The Northern Nevada Children’s Cancer Foundation was the designated charity for the month of March and yesterday Sheriff Chuck Allen and members of his staff presented a check for $4,285 to Lisa Shaffer, Director of Community Engagement.

Sheriff extends “No Shave” campaign for an additional month:

Due to the success of this year’s “No Shave” charitable effort, Sheriff Allen has decided to continue the campaign for one more month. The Sheriff has designated two causes for the month of April.

The first cause is a memorial fund for Sheriff’s Office employee Heidi Sasse who passed away unexpectedly earlier this year.

The second cause is in support Sheriff’s Office staff who will participate in this year’s Police Unity Tour.  The Police Unity Tour was founded in 1997 by a group of law enforcement officers from New Jersey. Since then, law enforcement officers nationwide have ridden the 300 plus mile trip, with the purpose of raising awareness and financial support for the National Law Enforcement Officers Memorial Fund. Annual participation in the ride has grown from 18 members to over 2,200 nationwide, including members from the Washoe County Sheriff’s Office. Riders start from various points on the east coast and end their ride at the National Law Enforcement Officers Memorial in Washington D.C. For more information about the Police Unity Tour, visit PoliceUnityTour.com. 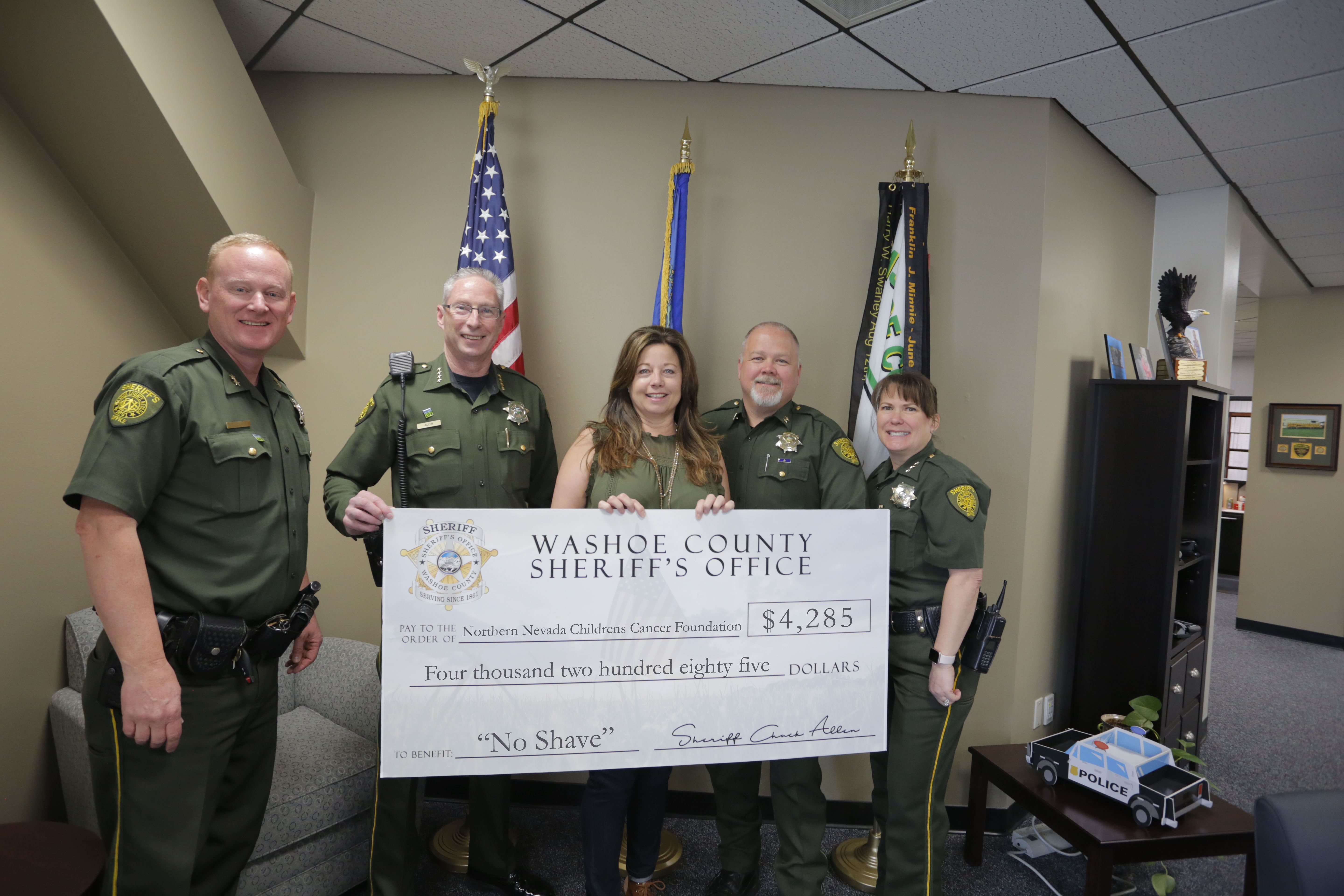 The Washoe County Sheriff’s Office is dedicated to preserving a safe and secure community with professionalism, respect, integrity and the highest commitment to equality. Sheriff Chuck Allen is the 26th person elected to serve as the Sheriff of Washoe County since the Office was created in 1861. The Washoe County Sheriff’s Office strives to ensure public safety by building trust and creating partnerships within the diverse communities in which we serve. We will promote the dignity of all people supported by our words and actions through open communication while fostering an environment of professionalism, integrity and mutual respect.